LIKELIHOOD OF CONSUMER CONFUSION REFUSAL AND GENERAL STRATEGIES FOR OVERCOMING IT 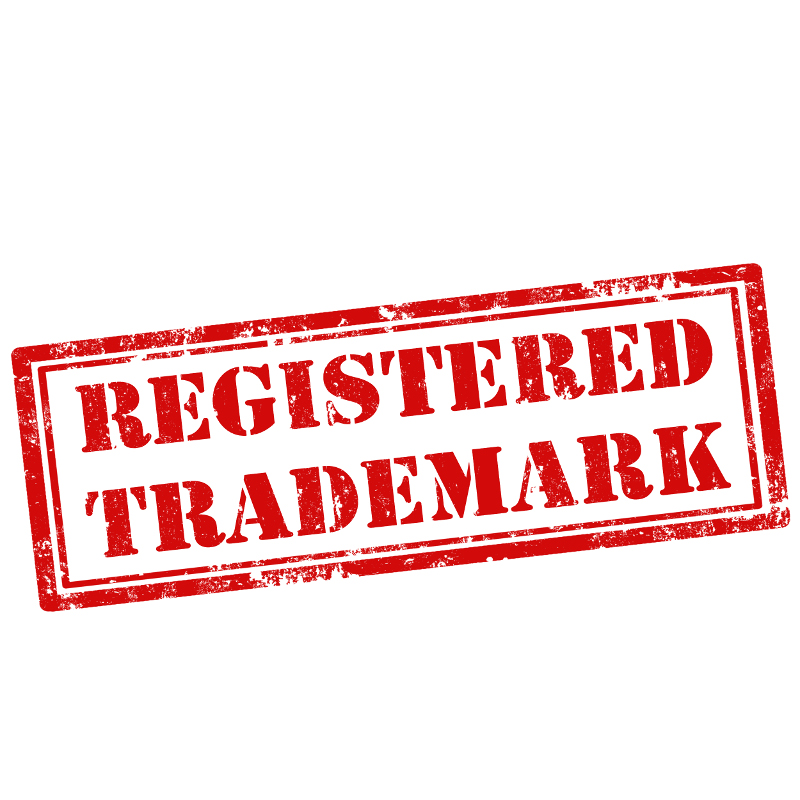 One of the most important and consequential decisions the U.S. Patent and Trademark Office (“PTO”) can make in connection with your trademark application is to determine that consumers are likely to be confused between your trademark and someone else’s previously registered mark. If the PTO makes that determination, it will refuse to register your trademark, citing the allegedly similar prior registration as an obstacle. These types of refusals are called “likelihood of consumer confusion” refusals and are also known as “Section 2(d)” refusals after the relevant section of the Trademark Act (also referred to as the Lanham Act).

Receiving such a refusal is a profoundly serious matter because your trademark’s whole future is now jeopardized. But there is often no need to despair simply because you received that refusal. You can respond to the PTO with counterarguments and evidence as to why consumers are not likely to be confused between the marks. If the PTO is persuaded by your arguments, it will withdraw its refusal. And arguing with the PTO is not the only option you have. There are multiple strategies for dealing with a Section 2d refusal, and we will get to that in a minute. But first we should discuss what exactly is “likelihood of consumer confusion”. Who exactly will be confused and why?

The statutory basis for a refusal due to a likelihood of confusion is provided by Section 2(d) of the Lanham Act; 15 USC § 1052(d). More specifically, the Act provides that:

No trademark by which the goods of the applicant may be distinguished from the goods of others shall be refused registration on the principal register on account of its nature unless it - ...

(d) Consists of or comprises a mark which so resembles a mark registered in the Patent and Trademark Office, or a mark or trade name previously used in the United States by another and not abandoned, as to be likely, when used on or in connection with the goods of the applicant, to cause confusion, or to cause mistake, or to deceive…

The statutory language may seem a bit cryptic, but the law essentially says that your trademark cannot be registered if it is so similar to a previously registered mark as to cause a likelihood that consumers will be confused into mistakenly believing that your mark is somehow related or connected to the other mark.  The term “likelihood” simply means “probability” (more than 50% chance). So if the PTO believes that there is more than 50% probability that consumers will be confused, it will issue the refusal.  And please note that trademarks do not have to be identical and products/services do not to be the same (or even competing) for a likelihood of consumer confusion to exist.

There are multiple factors that the PTO will use to determine whether your mark is too similar to a previously registered trademark, and those factors are collectively known as the “du Pont” test (after the seminal case In re E. I. du Pont de Nemours & Co, 476 F.2d 1357, 177 USPQ 563 (C.C.P.A. 1973)). If you start researching likelihood of confusion issues in more detail, you will also find references to other legal tests and important court decisions as well, but all relevant decisions largely revolve around the same factors as the du Pont test.

Understanding the “du Pont” factors is key to any strategy for dealing with a Section 2(d) refusal. And the factors are these:

While technically none of those factors is alone dispositive, the PTO tends to place the most emphasis on the first two: similarities between marks and relatedness between goods. So as a general rule, if in response to a likelihood of confusion refusal you can sufficiently show that your mark is not similar to the cited registration and/or that the products are not related, then the PTO can usually be persuaded to withdraw its refusal.

But before you can develop any strategy or proceed with any course of action at all, you first need to investigate and research all the facts exhaustively. At the very minimum, your research should cover the following points:

A. Investigation into the cited mark and its owner.

a. Is the cited trademark registration due for renewal or maintenance?
- If so, is it likely that the registrant will fail to renew/maintain the mark prior to your deadline to respond to the refusal? If the answer is yes, your best strategy may be to temporality do nothing and wait to see if the cited registration gets cancelled, thus removing the obstacle to your mark’s registration.

b. Is the cited registration vulnerable in any way to a legal challenge on least on any of the following grounds?
- The trademark registration was procured improperly or illegally or in violation of the Trademark Office’s rules, because:

registration may be void ab initio (from the start).
2. Registrant improperly claimed use in interstate commerce in the initial application.
a. For example, the mark was only used locally (within a single town) but not across state lines or other FEDERALLY regulated commerce.
3. Registrant improperly claimed intent to use in commerce in the application.
- It is not enough to just have a vague desire to use a trademark in the future to claim “intent to use” in a trademark application. Some substantive steps (e.g., product development, talks with investors, etc.) must be in progress to prove that the applicant did indeed have a good faith intent to use the mark in commerce as of the application’s date. And that intent better be documented!

4. Registrant committed fraud or submitted material misleading statements to the PTO during their mark’s examination, which affected the PTO’s decision to register the mark.

c. Did Registrant abandon their trademark?

i. Nonuse of a trademark in commerce for three consecutive years usually constitutes a rebuttable presumption that the mark was abandoned.

d. Can you claim priority over the cited mark?

- Are both of the following factors true?

- If the answer to both of those questions is “yes” then you can claim priority. But you better be careful you got all the facts right!

e. Will the cited mark’s owner be willing to sign a Coexistence Agreement with you?

i. Do you have any business or other relationships you can use to try to persuade the registrant to sign the agreement?

ii. Do you have any leverage to force the agreement?

- For example, any information or evidence pointing at the registration’s vulnerability can be used to encourage the registrant to sign a Coexistence Agreement.

iii. Can you offer a financial reward or other incentives to the registrant?

f.  How strong is the cited mark conceptually?

- Does the mark describe or suggest the products?

1. A mark’s strength is always on the scale between been completely unprotectable (a generic term like “t-shirt”) and a completely arbitrary and extremely strong mark like ADIDAS (which is a made-up word and does not mean anything other than serving as a brand).

2. Are any of the terms in the mark disclaimed?

- A disclaimer is an admission that the disclaimed term is not protectable by itself, and so disclaimed words usually (but not always) play a lesser role in contributing to a mark’s conceptual strength and uniqueness.

g. How strong is the cited mark commercially?

- The more trademarks similar to the cited marks are registered and used by other companies, the narrower the cited mark’s scope of protection, because consumers may be sufficiently educated to distinguish between trademarks. If multiple other similar trademarks all peacefully coexist, maybe your mark should be allowed to exist as well.

B. Evaluate Your Chances of Overcoming the Refusal Through Arguments.

Carefully research all the du Pont factors and determine if you are likely to build a strong case against the alleged likelihood of consumer confusion. All those factors are listed above already.

Once you are done with your research and investigation, now it is time to strategize. And while there are multiple potential strategies, we can broadly categorize the available strategies as:

- Attack the cited registration and try to cancel it.

- Respond to the PTO with arguments against the refusal.

- Who said you cannot respond to the PTO with arguments against refusal while at the same time trying to cancel the very registration that caused the refusal to issue?

- This strategy has some serios limitations, however, and we will talk about that in a minute.

- Sign a consent / co-existence agreement with the cited mark’s owner and then respond to the PTO with arguments.

- This option is not always available. And sometimes you may need to threaten or file a cancellation petition before the cited mark’s owner can agree to peace.

This is of course a very general classification and does not account for all the numerous steps and maneuvers you can and should do in pursuing your selected course of action.

But here is some guidance you can use in evaluating your options for overcoming the refusal:

(1) If you have priority over the cited registration:

Option 1: Take an aggressive action against the cited mark (e.g., file a cancellation petition) alleging likelihood of confusion (and any other grounds you may have discovered) and asking the Trademark Office to cancel the mark.

Notes: The obvious danger of this option is that you will lose the ability to claim that there is no likelihood of consumer confusion. So this option should not be taken lightly. You need to research and analyze everything exhaustively before you decide to take this option.

Option 2. Approach the cited mark’s owner and negotiate a co-existence agreement. Use your priority as leverage. If they refuse – you can then proceed with Option 1. Notes: The Trademark Office has a lot of discretion in accepting co-existence agreements. But they will usually respect a joint decision by two trademark owners. And if the PTO wants to reject such an agreement, they need a very good reason to do so. However, the agreement by itself will not be sufficient in overcoming the PTO’s refusal. You will still need to submit your full response to the refusal, with arguments and evidence. And the co-existence agreement will be used as an important piece of evidence. You also need to realize that any co-existence agreement works both ways. Are you confident you want to allow co-existence of a potentially competing mark?

(2) You do NOT have priority over the cited registration:

Option 1. Submit a substantive response to the Office Action and argue against the refusal.

Option 2. If there are any grounds for cancelling the cited registration, you can still file a cancellation petition.

- Registrant abandoned the trademark (three consecutive use of non-usage constate a rebuttable presumption of abandonment).

- Trademark was illegally or improperly procured:

a. Fraud at the application stage.

b. Improper claim of use in commerce.

c. Improper claim of intent to use. If the application was filed claiming an “intent to use” the mark in commerce, sometimes it can be proven that the applicant did not have the required intent. (Not easy to prove).

A likelihood of consumer confusion refusal is a profoundly serious matter. Hopefully, the most common preliminary strategic considerations that we discussed above will help you determine the best course of action in your specific situation.